The Greater Kampala Metropolitan Area (GKMA) has for decades faced challenges of road and traffic congestion, pollution, unemployment, and underemployment. These have resulted in limited labor productivity, low fuel economy, poor air quality, and compromised road safety. The city, just like other cities in the region, urgently needs an integrated, sustainable, and inclusive mass transport solution. This solution coupled with the presidential directive prohibiting the importation of fully built buses will draw on the need for value addition through industrialization, to pave the way for import substitution and ultimately export promotion for vehicles and components developed and made in Uganda.

The 8M Reporter obtained information from the parties that are behind the game changer that will bring a dependable Kampala City public transport system and accompanying social, economic, and industrial development to Uganda and the Region around. They are Kiira Motors Corporation, Tondeka Metro, RentCo) and Golden Dragon.

The Parties plan to produce and deploy 1,030 buses by end of February 2022, 50 of which will be electric for the Mass Transit Bus System (MTBS) project in the GKMA. The buses will be built at the Kiira Vehicle Plant in Jinja with Golden Dragon as the Technology Partner with the long-term goal of achieving 65% localization by 2030. The initiative is aimed at modernizing public transport in the urban centers in Uganda and beyond while building the indigenous motor vehicle industry through technology transfer and localization of auto parts manufacturing.

The establishment of a Mass Transit Bus System with domestic manufacturing of buses and components for the regional market is consistent with the aspirations of Uganda Vision 2040 and pathways to Vision 2040 outlined in the National Development Plan III and the National Resistance Movement (NRM) Manifesto 2021 – 2026. Specifically, (1) Promotion of local manufacturing of motor vehicles; (2) Establishment of an efficient, integrated, sustainable, safe, and inclusive public transport system; and (3) Promotion of environmentally friendly transport solutions.

Road transport accounts for 95% of passenger traffic and 96.5% of freight cargo. Studies have established that 82% of the passengers use public transport, 9% private cars, and 9% boda-bodas with 50% of personal annual income spent on Transport. Uganda has a motorization rate of 13 vehicles per 1,000 persons. This is way below 44 for Africa, 174 global average, and 200 for developing countries. In the absence of a well-structured public system, 65% of the vehicles on the road are private passenger vehicles, mainly carrying the driver, resulting in heavy traffic and road congestion, especially in Kampala City.

Public transport passengers within Kampala mainly use 14-seater minibus services locally called taxis or matatu. Kampala Capital City Authority (KCCA) estimated that in 2003, there were nearly 7,000 minibusses based in the GKMA. Of these, approximately 5,000 were used for providing transport services within the city while the remainder were for inter-urban services throughout the country. This number had since grown to over 14,000 taxis by 2016. These taxis and motorcycles (boda-bodas) that most passengers in the city depend on are inadequate and accident-prone. They are operated by individuals and managed by a diversity of associations, none of which is recognized by Public Authorities in Kampala.

According to the Uganda Bureau of Statistics (UBOS), Kampala City has an estimated resident population of 1.6 million people. The Greater Kampala Metropolitan Area, large swathes of which have grown organically without proper planning has a combined population of about 6.7 million people.  The latest Uganda Economic Update, “The Growth Challenge: Can Ugandan Cities get to Work?” projects Kampala City to become a mega-city of more than 10 million by 2040. Other Ugandan cities will also see a demographic explosion.

This rapid population growth in Kampala City, amidst widespread underemployment and a dominant informal sector, has caused structural and socio-economic challenges, including among others: the lack of an integrated transport system; mismanagement of the environment, and unplanned settlements leading to overcrowding, congestion, and pollution. To address these challenges, the policy direction is to replace low-volume vehicles with high-volume and environmentally friendly vehicles (buses) to address the issues of traffic congestion, poor fuel efficiency, and air pollution. Figure 1 presents a summary of the key issues facing mobility in GKMA.

Kiira Motors Corporation, Tondeka Metro Company Limited, and Rentco Africa Limited have established Tondeka Bus Transport Company Limited, a Special Purpose Vehicle (SPV) for operating Mass Public Transportation in Kampala and the Greater Kampala Metropolitan Area as illustrated in Figure 1. The SPV was incorporated under the Companies Act, of 2012 as a Private Limited Company. Rentco will finance the 1,030 Buses (980 Diesel/50 Electric) with a cashless ticketing system and lease them to the SPV. Government shall have no direct liability in the operationalization of the SPV since off-balance-sheet financing (Operating Lease) arrangements have been employed. The project is further viewed as stand-alone ensuring that it is self-securing and liquidating, backed by credit insurance. Figure 2 shows the key routes for the Tondeka Metro Mass Transit Bus Service in the GKMA.

The implementation of the Mass Transit Bus System and establishment of a Joint Venture to develop, make and sell motor vehicles and components are expected to:

Promote and catalyze the shift to environmentally friendly transport solutions which will go a long way in improving sustainable energy consumption, and air quality and demonstrate the parties’ commitment to enhanced environmental stewardship.

Improve passenger boarding and alighting times and reduce overall waiting and travel times to between thirty minutes to one hour on each trip as compared to the current taxi system travel/waiting time of over 1.3 hours.

Catalyze investment by Small and Medium Enterprises in the manufacture of vehicle parts, components, and systems contributing towards increasing the demand for the utilization of natural resources.

This massive project that started when some sections of society were “doubting Thomas” is poised to bring the social, economic, and technological transformation of Uganda and its Regions around. There will be job opportunities and enhancement of the industrialization of Uganda. Now, more than ever, policymakers, professionals, the business community, institutions of learning, Non-Government Organisations (NGOs), the international community, and the general public must know the facts, so that they can applaud and encourage stakeholders in this project to trudge on.

If you have related information for development for publication, contact the Editor, 8M Construction Digest +256772431465,  digest@8mdigest.com, www.8mdigest.com 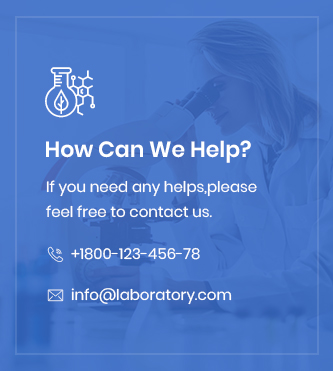